DELWP is delivering on conservation outcomes for the Southern Brown Bandicoot under the Melbourne Strategic Assessment program.

Residents in Melbourne’s south-eastern suburbs are sometimes lucky enough to catch a glimpse of the Southern Brown Bandicoot snuffling around their garden searching for insects and fungi. However, these little critters are getting harder to find and are now listed as nationally endangered. As Melbourne continues to grow, we need to ensure that our Southern Brown Bandicoot populations are protected and sustainable. 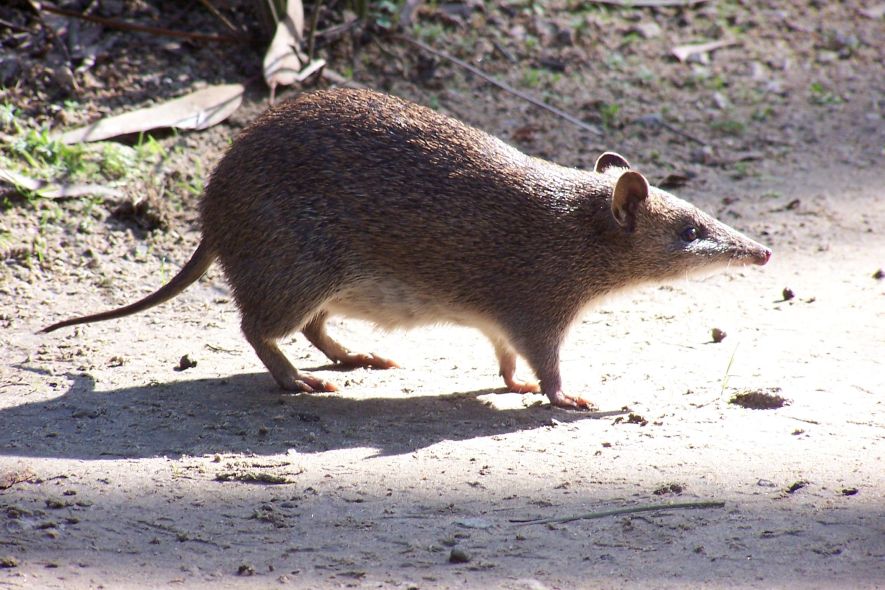 The bandicoot is under threat for a range of reasons, including:

How are we helping?

1. Community engagement  - encouraging locals to get on the bandi-wagon

We’re proud to partner with the Royal Botanic Gardens Cranbourne (RBGC) to support and encourage local councils, developers and communities to create bandicoot-friendly suburbs in the south-east. Helping wildlife live side-by-side with us helps residents connect with and value their environment. In turn, this also helps keep plants healthy and ecosystems functioning.

Since 2019, the Southern Brown Bandicoot Outreach Program has been working with the Casey-Cardinia community to help residents get to know their nosey neighbours. This includes:

RBGC also teamed up with local children’s author Jo Watson to create 'Bindi and Buddy', a story about a boy and a bandicoot, which aims to spark curiosity and connection with this special animal. The Victorian Government is proud to support the distribution of this book to 250 kindergartens and primary schools.

Located in the south-eastern suburbs of Melbourne, the RBGC is home to a thriving population of Southern Brown Bandicoots. We’re supporting developers, local government and community groups to design the bandi-friendly Botanic Ridge and Devon Meadows precincts, located nearby. These precincts have shelter, foraging areas and allow these little critters to move safely to and from the gardens.

To create these safe havens:

The model can be updated as new knowledge comes to hand and new management options are developed, to improve subsequent management decisions over time.

A state-wide genetic rescue strategy to improve the genetic fitness of Southern Brown Bandicoot populations is being developed. This strategy will help address the problems associated with the fragmented distribution of Victoria’s populations.

Southern Brown Bandicoot populations are thought to be declining and are undergoing different levels of inbreeding.

One solution is to mix carefully selected animals from the wild in open-range, predator-free sites. This program will establish two sites:

DELWP is leading the development of this strategy in partnership with public authorities, research institutions, and conservation organisations. The Melbourne Strategic Assessment (MSA) program is contributing funding to the establishment of populations of Southern Brown Bandicoots.

For more information about the MSA program, please contact msa.conservation@delwp.vic.gov.au